20 – 24 October 2014. Come with an idea. Leave with the opening pages of your novel, and the inspiration you need to keep going. Take part in intensive workshops designed to get you thinking about the main components of any novel – character, setting, voice, plot – and […]

A total of $275,000 in prize money was awarded across 12 prizes in recognition of the achievements of leading Australian writers at a presentation ceremony at the State Library of NSW tonight. Presided over by the Governor of NSW, Her Excellency Professor The Honourable Dame Marie Bashir, the awards celebrate and foster our vibrant literary […]

Twenty-four judges considered hundreds of entries across nine prize categories to arrive at today’s shortlist. As Senior Judge for this year’s Premier’s Literary Awards, I am proud to announce this year’s shortlist, honouring our dynamic literary community: CHRISTINA STEAD PRIZE FOR FICTION • The Secret Lives of Men, Georgia Blain (Scribe Publications) • The Narrow […] 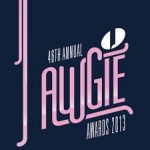 It was a fairytale finish for the winners of the Annual AWGIE Awards, which were held last Friday night 4 October at the Plaza Ballroom, Melbourne. Hosted by Sammy J, the awards now in their 46th year, celebrate the integral role of the writer in Australian film, television, theatre radio and interactive media. The AWGIE […]

Success of my mission to create stronger concepts for film and television came when two former screenwriting students, Kent Pearson and Shelly McLaren (Graduate Diploma Screenwriting 2011), partnered with current screenwriting student Ben Matthews (also a graduate of the Directing course), and won over $180,000 in the MTV/Optus One80 Competition to make a TV pilot […]

I am honoured and thrilled to accept the position of Senior Judge at the 2014 NSW Premier’s Literary Awards. At the same time I will also act as a judge on the Betty Roland Scriptwriting Award for my third and final year.