It was hailed as a watershed moment for Australian television writing. “Some of the finest small screen storytelling this country has ever seen,” wrote Crikey. “Worthy of a standing ovation,” said the Sydney Morning Herald. The first series of Redfern Now screened in 2012, and took out the Logie Award for Most Outstanding Drama as […]

On National Sorry Day, when we remember the mistreatment of Indigenous Australians, we invite you to a provocative re-examination of the 2004 death in custody of Palm Island resident, Cameron Doomadgee, as retold in the book and documentary THE TALL MAN. Join the film’s director Tony Kravitz (DEAD EUROPE), producer Darren Dale (REDFERN NOW) and […]

I love the Sydney Writers’ festival, there is something for everyone’s tastes. I haven’t been to the festival in a couple of years, so when my friends sent around their preferences for what they were going to see at the festival, I went online and had a look at what was on offer.  I basically […] 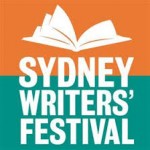 73% of all Academy Award Winning Best Pictures are adaptations. So why then do we do so few? Of the 200 Australian films released between 1999-2008 only 38 were adaptations. With a vibrant local literary scene and a resurgent film industry riding high on the successful adaptation of MAO’S LAST DANCER, we bring together: director, […]

Gillian Armstrong was in fine form when posed with a question from the audience as to whether the world ‘needed’ another adaption of LITTLE WOMEN… On a gorgeous, balmy, Sydney Sunday afternoon a capacity crowd turned out for the AFTRS sponsored panel on adaptations at the Sydney Writers’ Festival. Chaired by Ross Grayson Bell, AFTRS Head […]