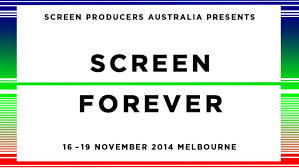 Pitch to the Pros is an opportunity for a representative from each state, selected by a Screen Network organisation, to pitch their project at SCREEN FOREVER to a panel of industry experts.

The pitch winner receives a cash prize of $3,000 to go towards their production or to attend an international festival, and one full registration to SCREEN FOREVER 2015.

This year’s entrants were:

Joshua Longhurst (NSW) with his TV series OFF THE GRID,

Meg Carlson (Queensland) with her feature documentary project about Anna Piaggi, THE OTHER ANNA

The winner was Meg Carlson, THE OTHER ANNA.