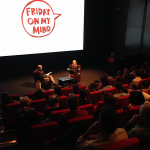 Gillian Armstrong first garnered attention for her debut feature MY BRILLIANT CAREER (1979), adapted from the classic novel by Miles Franklin. At the film’s release, Gillian held the distinction of being the first woman to direct a feature-length movie in Australia in almost 50 years. Her feature credits include: STAR STRUCK, MRS SOFFEL, HIGH TIDE, THE DAYS OF CHEZ NOUS, LITTLE WOMEN, OSCAR AND LUCINDA, CHARLOTTE GRAY, UNFOLDING FLORENCE: THE MANY LIVES OF FLORENCE BROADHURST AND DEATH DEFYING ACTS.

As a documentary filmmaker, Gillian has made a series of prolific films spanning 30 years following and recording the lives of Kerry, Diana and Josie (LOVE LUST AND LIES). Gillian’s films and documentaries have screened at numerous international film festivals including Berlin, Singapore, Sundance and Cannes. Her films have been nominated for Academy and Golden Globe Awards and received awards from the Australian Film Institute, the Film Critics Circle of Australia, the Houston Film Festival, Festival International de Creteil the US National Society of Film Critics, the British Critics Association and the British Academy.

Gillian has received an AM for services to the Australian Film Industry, a Doctor of Letters from the University of NSW, an Honorary Doctorate in Film from Swinburne University and in 2008 the Women In Hollywood Icon Award in recognition of her contribution to the film industry.

Gillian will share her thoughts on directing, working across the filmmaking landscape from documentaries to Hollywood productions and everything in between with moderator Ross Grayson Bell, producer of FIGHT CLUB, who she worked with at Twentieth Century Fox developing a film adaptation of Marele Day’s novel, LAMBS OF GOD.