©2014 Ross Grayson Bell | rossgraysonbell@me.com
You are here: Home / PRODUCING / Pedro Almodovar Comes on Board THE MAN WHO FELL IN LOVE WITH THE MOON 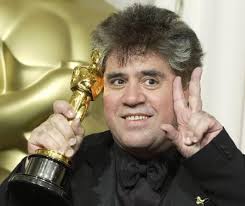 Pedro Almodovar, who previously held the option on Tom Spanbauer’s pan-sexual Western, has agreed to develop a new draft of Craig Lucas’ adaptation with the eye of making it his first English-language film. Set in Idaho at the turn of the last century, the story tells the tale of an abandoned, part-native American boy who is taken in and raised by the madam of a brothel, much to consternation of the righteous Mormons who look down at anything that isn’t like them.