Lining up its second film project with actress Winona Ryder, Fox 2000 has optioned Aussie novelist Marele Day’s upcoming “Lambs of God,” which the actress will topline and co- produce.

The novel was brought to Fox 2000 by producer Ross Grayson Bell under his exclusive deal with the Fox film division. Bell will produce with Ryder and her manager Carol Bodie. The trio formerly teamed up on another Fox 2000 project, “Roustabout,” based on the novel by Michelle Chalfoun. Ryder is attached to star in “Roustabout,” with Bodie and Bell taking on producing chores. 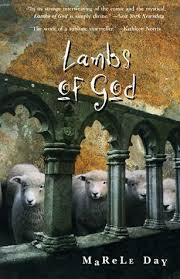