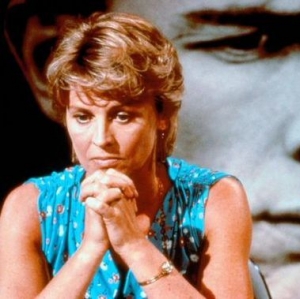 DADAH IS DEATH is an Australian 2-part mini series based on the Barlow and Chambers execution in Malaysia in 1986 starring: Julie Christie, John Polson and Hugo Weaving.

On 9th of November 1983 two Australians, Kevin Barlow and Geoff Chambers were arrested at Penang Airport in Malaysia carrying 179 grams of Heroin. A crime which in Malaysia carries a mandatory sentence of death… DADAH IS DEATH (aka A LONG WAY FROM HOME) is the true story of Barbara Barlow’s desperate attempt to save her son from the Hangmans rope – a courageous effort that involved impassioned pleas to President Reagan, The British Prime Minister, and even the Pope. By July 1986 this international struggle had seemed to reach a hopeless conclusion and all that was left was a mother’s love for her son.