Helena Bonham Carter is set to take the female lead opposite Brad Pitt and Edward Norton in David Fincher’s “The Fight Club” for Fox 2000.

The actress, who recently earned an Oscar nomination for her role in Iain Softley’s “The Wings of the Dove,” will begin work on the film in early June in Los Angeles.

Pic is about a young man (Norton) who falls into a love triangle with a woman (Bonham Carter) and another man (Pitt). The two men start a secret society that offers young professionals the chance to engage in brutal fisticuffs.

Bonham Carter’s previous credits include a wide range of period pieces, including “Lady Jane,” “A Room With a View,” “Hamlet,” “Mary Shelley’s Frankenstein” and the recent NBC miniseries “Merlin.”

She is repped by UTA. 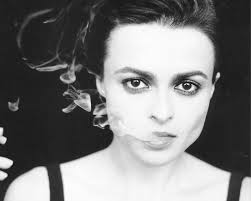