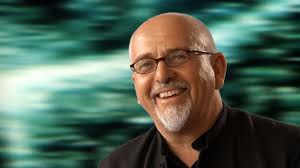 Just closed a deal to write the new draft of A PRODUCT OF THE SYSTEM. From prison strip cells and roof-top protests at one end of the scale, to being Editor of the definitive 1,200+page annual reference book on the prison system of England and Wales at the other, Mark Leech has travelled an astonishing journey.

Taken into ‘Care’ at the age 8 after the sudden death of his mother, Mark was one of the victims of the Cheshire Care Homes Scandal for which Care Home staff were later jailed for serious child sexual assaults – the abuse created in Mark a very angry young man with a deep distrust of authority. Though he claims no acccolade for it Mark served almost 20 years in 62 of Britain’s jails, from Inverness in the north of Scotland to Parkhurst on the Isle of Wight, his prison career was characterised by riots, roof top protests and more than 40 successful legal battles against the prison authorities fought in every legal arena from the County Court to the House of Lords.

Once a tenacious thorn in the side of the prison authorities Mark, who was released from prison in 1995, has risen to become the country’s foremost ex-offender expert on the policy and practice of the penal system. For the last 15 years he has been Managing Editor of The Prisons Handbook, the definitive 1,200 page annual reference book on the penal system of England and Wales – the 2014 edition is published in December 2013; in 2002 he also became the book’s publisher. Mark is also the Editor of Converse the highest circulation national monthly newspaper for prisoners distributing up to 60,000 copies per month. Mark is the consultant to two solicitors firms, and Director of the Institute of Prison Law, a Law Society accredited legal training organisation, and with the actor Stephen Fry he is the Founder and former Chief Executive of the national ex-offenders charity UNLOCK.