I returned for a second year as judge of the Betty Roland Scriptwriting Award at the NSW Premier’s Literary Awards, working again with Christine Olsen and, this year, Pip Karmel (writer/director of ME MYSELF I) as the panel’s third judge. After much deliberation we agreed on a shortlist of four writers. Read more to see the short list and the judges’ comments: 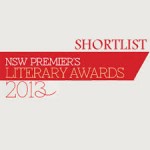 It is February 2011. NATO forces have begun cruise missile strikes on Colonel Gaddafi’s strongholds in Libya. On the ground, rebels have turned on black African workers, accusing them of siding with the Gaddafi forces. They have begun hunting them down and lynching them. Thousands of Africans flee for their lives. This is the story of one boatload of African refugees, men, women and children, who are abandoned and left to die at sea because they are refugees and because they are black.

THE LEFT TO DIE BOAT is a superbly structured piece of writing. Sharon Davis and Geoff Parish have laid out the story in a simple, austere fashion, using the survivors’ own words. The story unfolds in such a way as to engage us fully in the horror. We seem to be with these people in their little boat in the choppy seas. We hope with them when the first helicopter arrives. Later, with half the occupants dead, the boat floats close to a huge military vessel with helicopters on board. Men watch from above as the refugees cry for help, and show the bodies of their dead families and friends. The boat sails off. We share their incomprehension. The awful question looms, barely spoken, like the might of the military vessels: would this have happened if these people had been white? Eight of the 68 people survive. It is their voices we hear. This is a shocking, unadorned account of inhumanity. It chills to the bone.

Tom Keaton is spiralling towards self-destruction. Fast-lane chef and restaurateur, womaniser, self-absorbed and unreliable father of eight-year-old Oscar, Tom rages through his days like a burning man, thrashing and rolling to put out the flames in a world that no longer holds meaning. Seemingly a flawed and unlikeable hero, empathy emerges as we realise Tom is in a state of grief after the death from cancer of his beloved wife Sarah. Incapable of resuming normalcy, Tom abandons the family home, relinquishes care of Oscar and immerses himself in his work and futile sexual encounters in an attempt to forget, or perhaps remember, his wife and the life they have lost.

Jonathan Teplitzky has written a brutal and unsentimental, yet incredibly moving depiction of a grieving family. His writing is fearless and ambitious; unfolding the narrative in an aggressive non-linear structure, trusting the reader to make the connections at their own pace and to arrive at an emotionally satisfying and cathartic destination. While structurally courageous, Teplitzky’s loyalty is to his characters and their relationships, which he treats with insight and sensitivity, crafting scenes that are intimate, witty and searingly sad. BURNING MAN is an invigorating screenplay, travelling the winding road to the final stage of grief — acceptance.

Andrew Knight’s episode R v Floyd is another example of the sophisticated scriptwriting of RAKE. In this instalment, Cleaver Greene’s career is sinking to new lows, clients ranging from petty criminals to a peeping Tom with a penchant for nipples. As usual, Cleaver’s personal life is a catastrophe — estranged from his best friend and colleague Barney, cut out of his father’s will and in serious debt to the unsavoury Kirsty. Add to that a railing 18-year-old son who has impregnated his 41-year-old neighbour and the nightmare is complete. Meanwhile, the notorious Joshua Floyd, radical campaigner for freedom of information, is accused of treason for leaking sensitive government documents. When Floyd offers Cleaver the job of defending him in what will be the trial of the decade, Cleaver eagerly recognises the opportunity to finally deliver on the hopes of everyone around him. Andrew Knight’s script is entertaining and engaging, weaving multiple storylines and relationships together with assurance. Evidently inspired by Wikileak’s Julian Assange, this episode’s feature character provides an intriguing foil to Cleaver. Knight’s writing is witty, topical, and deftly handles questions of principle, pragmatism and human politics.