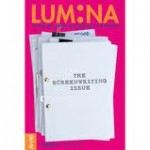 My article on High Concept films with Hollywood script consultant Michael Hauge was published this month in Lumina: Australian Journal of Screen Arts and Business. Keep reading for the full article… HIGH CONCEPT: IT IS NOT US VERSUS HOLLYWOOD Could M. Night Shyamalan’s film THE SIXTH SENSE (1999) been an Australia film? Could we have […]

In last week’s On the Beat Column, editor Anita M. Busch criticized those responsible for bringing the violent FIGHT CLUB to the screen. Ross Grayson Bell, one of the producers of the film, responds: After Anita M. Busch’s comments last week about “Fight Club,” I felt the need to respond on a personal level. As […]