An amiable ex-convict (Bryan Brown) arrives in a small Australian costal city (Beachport, South Australia) with the intent of duping the populace into investing money in a phony excavation of a sunken ship, which is allegedly filled with gold. Unexpectedly, he falls in love with a young widow (Karen Allen) and becomes a father-figure to […]

The new series ”Dolphin Cove,” filmed entirely in Australia, is CBS’s latest effort to establish an early-evening beachhead in the Saturday ratings. This one – created by Michael Bendix, Allen Marcil and Peter Benchley – could tickle the notoriously fickle fancies of younger viewers. Tonight’s premiere, at 8 o’clock, was written by Mr. Benchley and […] 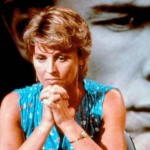 DADAH IS DEATH is an Australian 2-part mini series based on the Barlow and Chambers execution in Malaysia in 1986 starring: Julie Christie, John Polson and Hugo Weaving. On 9th of November 1983 two Australians, Kevin Barlow and Geoff Chambers were arrested at Penang Airport in Malaysia carrying 179 grams of Heroin. A crime which […]

Filming has been completed on THE FIRST KANGAROOS, the first Australian/UK co-production to be made under the arrangement signed by the Australian Film Commission and Channel 4 (UK) in October last year. The film was shot in Australia and England and stars Dennis Waterman, Chris Haywood, Dominic Sweeney, Philip Quast, Tony Martin and Clarissa Kaye-Mason. […]