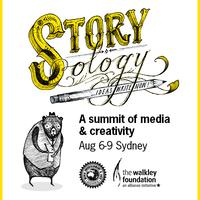 With the boundaries between fact and fiction becoming increasingly blurred, how do we then reconcile the needs of telling a good story with the demands of being true to the facts? Particularly when those facts deal with the deaths of innocent workers and customers at the hands of a powerful corporation.

Join ABC reporter Matthew Peacock, author of the incendiary expose of James Hardie’s attempt to cover up the dangers of its asbestos operations and circumvent compensation payments, KILLER COMPANY; and the award-winning director of the subsequent ABC miniseries based on the book, DEVIL’S DUST, Jessica Hobbs, and the screenwriter, Kris Mrksa; as they look at the trials and tribulations of bringing a story that spans four decades to three hours of screen time.