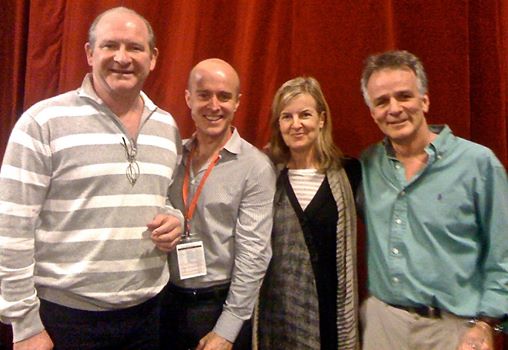 73% of all Academy Award Winning Best Pictures are adaptations. So why then do we do so few? Of the 200 Australian films released between 1999-2008 only 38 were adaptations.

With a vibrant local literary scene and a resurgent film industry riding high on the successful adaptation of MAO’S LAST DANCER, we bring together: director, Gillian Armstrong (OSCAR AND LUCINDA); producer, Greg Haddrick (CLOUDSTREET); and screenwriter, John Collee (MASTER AND COMMANDER) to discuss the pitfalls and rewards of adapting literary works for the screen. Photograher Daniel Boud.