Megan Simpson Huberman has agreed to direct SALVATION CREEK, an Australian movie about a high-flying magazine editor whose husband and brother die within three days of each other.

The producer is Heather Ogilvie, CEO of Galvanized Film Group, who collaborated with the director on her two previous features, Alex (1992) and Dating the Enemy (1996).

Ross Grayson Bell is writing the screenplay based on the novel by Susan Duncan, which has sold more than 250,000 copies. The narrative follows the grief-stricken protagonist as she throws in her city job and buys a rundown shack on Sydney’s Pittwater, where she finds friendship, love and a new life.

Ogilvie optioned the book in 2010 and has developed the project with the support of Screen Australia and Screen NSW. Grayson Bell is working on the third draft and shooting is planned for mid-2014.

The producer has an in-principle agreement for Australian distribution with Paramount Pictures’ MD Mike Selwyn. Paramount distributed Dating the Enemy, a comedy about a couple who wake up one morning to find they have switched bodies, starring Claudia Karvan and Guy Pearce.

The producer said she and the director will be seeking “high profile” names for the lead and two supporting roles. Several international sales agents are circling the project.

Director of Production and Development at Screen NSW since 2009, Simpson Huberman will leave that post next January. She served as Director of the IndiVision Project Lab at Screen Australia/Australian Film Commission from 2004-2008.

The project was selected for the 2013 Screen NSW Aurora workshop and completed its Aurora deliveries before she was offered the film.

“Megan is a talented and insightful woman with strong storytelling instincts,” said Ogilvie. “I am thrilled to be part of her re-emergence as a director. She shares my vision for a film that is unashamedly aimed at its target female audience.“

The director said, “When I first read the script for Salvation Creek, I wept, I laughed and I swooned. I had rarely read material that offered its target audience so much emotion, entertainment, and wish fulfillment.” 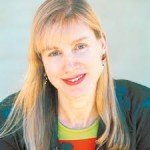