The “Sky Is Falling” at New Line Cinema has attracted “Mouse Hunt” helmer Gore Verbinski, who has signed on to direct the futuristic actioner previously been set up at TriStar Pictures.

Ross Grayson Bell will produce the project, which was originally scripted by Eric Singer and Howard Roth. Singer is penning a rewrite and also will take a co-producer credit.

Pic is about two clerics on an archaeological dig who discover proof that God is actually dead. Propelled by a new sense of nihilism, and the loss of faith, they then become targets of the world’s then overarching religious org, which hires a terminally ill hitman to track them down after they embark on a drug-induced murder and robbery spree.

The project originally was set up at TriStar Pictures when Robert Cooper ran the division, but even with a reported $4.25 million deal with David Fincher to direct, after Cooper’s departure, the film was put into turnaround by Sony Pictures topper John Calley.

“The Sky Is Falling” was then picked up by New Line late last year, and is being supervised by New Line senior VP of production Lynn Harris.

While Verbinski’s only feature credit is DreamWorks’ recent comedy “Mouse Hunt,” sources say his visual grasp of the material and sense of humor — along with four pages of detailed script notes — convinced New Line and the producers to go with the former commercial director. Verbinski is repped by the William Morris Agency.

Singer, who is repped by agent Lisa Callamaro, also scripted “The Pretenders,” a period adventure in development at Ron Howard and Brian Grazer’s Imagine Entertainment. 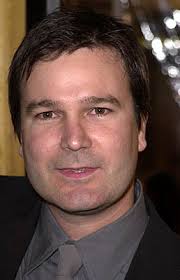