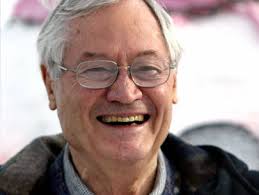 Roger Corman is the legendary king of B-movies and has produced or directed close to 400 films, including cult classics like 1960′s The Little Shop of Horrors (which he famously shot in just two days), 1975′s Death Race 2000 (co-starring a pre-Rocky Sylvester Stallone) and the so-bad-it’s-good Carnosaur horror series from the ’90s. In the process, he launched the careers of protégés like James Cameron and Martin Scorcese, and inspired dozens of today’s other top filmmakers with his low-cost, highly entertaining movies. The exploitation maestro also gave starts in the business to: Jack Nicholson, Robert De Niro, Francis Ford Coppola, and Ron Howard among others.