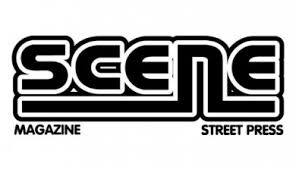 In the build up to screening a 35mm print of FIGHT CLUB for the Gold Coast Film Festival next week, I was interview by Majella McMahon for Screen Magazine.

You are not your fears.

What was your role and did it change your career?

The movie exists because of me. Nobody wanted to touch the book. Most producers and studios had turned it down. I got the book to Fincher through my producing partner at the time, Joshua Donen, and confirmed Jim Uhls to do the adaptation. It is only when I had packaged the project, with a condensed version of the book performed by a group of actors I had put together, that the studio stepped up and optioned the book for me to produce. It was a groundbreaking film and it launched my career. I was able to get better access to material and it got me a producing deal at Twentieth Century Fox, even though I hadn’t produced a movie before.

Do you think audiences will have the same reaction to the film this time around?

Watching the film again, not having seen it in ten years, I was amazed how little it has dated. It feels and looks as contemporary now as it did then. I was also reminded of Helena Bonham Carter’s brilliance. If you’ve only seen the film once, her performance might be confounding. it is only after you know the twist that you understand and appreciate what she is doing on screen. I also think most People have only experienced the film on a small screen, so to see it in a theatre, immersed in the dark, surrounded by other space monkeys, is going to be electrifying. The energy of an audience will double the impact.

Highlights of producing this movie?

The highlight was definitely working with Jim Uhls and seeing the script come together. We invented the new ending where they blow up the credit card companies. This was not in the book. When Chuck Palahniuk read the script, he was so impressed with the change he wanted to go back and change the ending of his book.

What did you learn about yourself working on this film?

I learnt that there is only one thing that gets films made (indeed anything made) and that is conviction! Talent is important in making better films but it is determination that gets them into production. I had never produced a movie, I was an Aussie in LA, sitting on one of the great books of our generation and I knew I would stop at nothing to realise the film. It just proves that with honest conviction, anything is possible.

What does your role as Head of Screenwriting at the Australian Film Television and Radio School (AFTRS) entail?

I am in charge of creating a syllabus that will take screenwriting in this country to the next level. Having hired Simon van Der Borgh and Allen Palmer as co-lecturers, I have built a team with over 50 years of collective international experience. I want to encourage writers to think outside the box and think beyond the confines of what we think an Australian film should be. Could we have made THE HANGOVER or THE SIXTH SENSE? Yes! They are films with great concepts and concept knows no national boundaries.