Just a few weeks after picking it up off turnaround from Fox 2000, New Line has tapped Chris Eyre (“Smoke Signals”) to direct “Roustabout,” to which Winona Ryder is attached to star.

Ryder also will produce the pic along with her manager Carol Bodie and Ross Grayson Bell (“The Fight Club”). The trio also are producing “Lambs of God” for Fox 2000.

Book is a coming of age story about a young woman who struggles to find a way out the shadows of the big top, under which she has grown up since she was abandoned as a child.

New Line VP of production Donna Langley will oversee the pic for the studio.

“Roustabout” is the first project Eyre has signed on to direct since receiving accolades for his bittersweet Native American feature “Smoke Signals.” The Cheyenne-Arapaho filmmaker nabbed both the dramatic filmmaker’s trophy and the audience award at the 1998 Sundance Film Festival for “Signals,” which was based on Sherman Alexie’s 1993 short story collection “The Lone Ranger and Tonto Fistfight in Heaven.”

Eyre is repped by the William Morris Agency.

Though the project had been brought into Fox 2000 four years ago, Orillion is the first screenwriter to mount the project.

Orillion, who lives in Austin, Texas, has worked with Terrence Malick on several screenplays in the past, none of which has been produced. Stemming from that relationship, Orillion recently pacted to pen a screenplay based on George Sand’s “The Devil’s Pool” for Malick’s new production venture withproducer Edward R. Pressman, Columbine Prods., which has a development and distribution pact with Sony Pictures Classics.

Orillion is repped by the Artists Agency’s Merrily Kane. 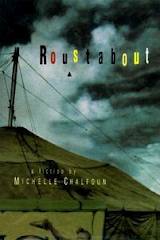