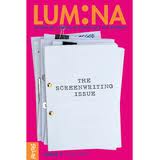 My article on High Concept films with Hollywood script consultant Michael Hauge was published this month in Lumina: Australian Journal of Screen Arts and Business. Keep reading for the full article…

HIGH CONCEPT: IT IS NOT US VERSUS HOLLYWOOD

Could M. Night Shyamalan’s film THE SIXTH SENSE (1999) been an Australia film? Could we have shot that film in Melbourne with Hugh Jackman and Toni Collette and a kid who sees dead people? The answer is a resounding, ‘Yes.’ Similarly, could THE HANGOVER (2009) have been an Australian film? We have grooms and stag nights and Surfers Paradise? Again, the answer is, ‘Yes.’ Then why didn’t we make those films?

Both films would be considered ‘High Concept’, films that draw an audience based on the strength of their idea alone, irrespective of reviews, casting, word-of-mouth. As Michael Hauge points out, “High Concept ideas are very simple to express. They aren’t complicated. It doesn’t take five sentences. You can usually do it in one sentence.” A bachelor party losing the groom the night before his wedding and a kid who sees dead people are ideas that are so simple and so strong that just hearing them makes people want to see the movie. You get in an instant what the movie is about and sense the potential for fireworks. Both films were hugely successful worldwide.

If our job as storytellers is to engage an audience, and hopefully as large a one as possible, then why aren’t we making more High Concept films with their proven drawing power? With the plethora of new entertainment options, how can we create movies that grab an audience’s attention?

I recently travelled the country talking to packed rooms of industry professionals and industry hopefuls about the shift that needs to happen if we are to capture that audience and raise Australian films’ share of the local box office from the paltry 10 year average of 4.6 per cent. I also sat down with the visiting Hollywood script consultant, Michael Hauge, to discuss why Australians shy away from High Concept films and discovered that is not only us, that the British and Israelis and the Swedes and either other American filmmakers outside Hollywood do the same thing.

Firstly, I want to stress that High Concept is not a Hollywood invention. THE SIXTH SENSE is a good ghost story, with a great twist. The concept is not Hollywood or even American. Nor is the concept behind THE HANGOVER American. Every culture has ghosts and most cultures have drunken bachelor parties. High Concepts transcend nationality. They are good ideas simply conveyed.

On this point, Michael thought there was a prejudice here towards ‘art house’ movies (a prejudice that is changing) based on the belief that if you can’t out Hollywood Hollywood then don’t try. “Hollywood is so good at making mass audience product, high concept movies, that others don’t believe they can compete with that.” Perhaps Australian filmmakers, to avoid competing with Hollywood, have gone in the opposite direction and embraced low concept or no concept movies. It is almost as if being concept driven is a betrayal of our ‘Australian-ness.’

Michael Hauge sees this possible ‘anti-Hollywood’ sentiment as misguided. “It’s not like Hollywood hasn’t been responsible for great art since the teens, since Charlie Chaplin and D.W. Griffith.” He also questions the notion that to be ‘not Hollywood’ we might be “resisting anything that is popular with the masses.” Indeed, just the idea our movies are product is an anathema to most filmmakers. But as Michael points out, “I believe if you’re a filmmaker or screenwriter, it’s because you have something you want to say. Writers want to be heard. If what you say is valuable, and I believe it is, isn’t it better if thousands of people experience it rather than hundreds?”

When Australian filmmakers have embraced High Concept, thousands, even millions, have flocked to see those stories. Back in1994 worldwide audience queued to see PRISCILLA, QUEEN OF THE DESERT; while that film was uniquely Australian, the concept was borderless. Indeed, the Americans made nearly the same movie the next year, TO FONG WOO, THANKS FOR EVERYTHING! LOVE JULIE NEWMAR starring Patrick Swayze and Wesley Snipes.

Similarly, CROCODILE DUNDEE (1986) is distinctly Australian in its humour but the fish-out-of-water concept of an Australian bushman fighting to survive in the wildest place on earth – New York City – is not Australian. It is a universal concept that helped capture the whole world’s imagination and propelled the film to become a global hit. Not only did it earn 23.6 per cent of the local box office when it was released in Australia but, at the time, became the 15th top grossing film of all time when it was released in the U.S.

No one could call THE FULLY MONTY or BILLY ELLIOT “Hollywood” but they are both High Concept films and like PRISCILLA and DUNDEE that went on to be huge worldwide hits.

High Concept is not ‘un-Australian.’ Look at TOMORROW WHEN THE WAR BEGAN, a high concept film that has grossed over $15 million domestically; BABE, which went on to gross over a quarter of a billion worldwide; or the MAD MAX franchise. Concept knows no national boundaries. High concept is not a Hollywood formula.

In discussing this point further, Michael suggested there is a belief here that High Concept films won’t get financed, that they are superficial. Indeed, this opinion was voiced at the recent Screen Australia seminars that Michael was running on High Concept.

Nothing could be further from the truth. Not only did Screen Australia host Michael’s seminars but they are funding BAIT, a 3D film about a tsunami that traps shoppers in a flooded supermarket with a school of sharks. Sharks in a supermarket – couldn’t be more High Concept. As for superficial, BOURNE IDENTITY and INCEPTION are High Concept movies that are rich in complexity and nuance.

Still resistance to High Concept lingers. Recently I was told in at a seminar I held in Melbourne that High Concept meant cramping a writer’s individuality or style, that their unique voice would be lost if they tried to simplify their story. In response I told them of a writer who came to me with an idea for a script about doomed lovers. As images of another slice-of-life drama (of which we have made too many in the past) flashed before my rolling eyes, he told me the story was about a cactus that had fallen in love with a balloon. Suddenly I was engaged, intrigued. He had taken all the hurt of his failed romance and set it in a unique, high stakes world. Conceptualizing his idea had elevated rather than cramped his style. Suddenly, in one sentence, there was a concept the whole world could grasp and he was still being absolutely true to his unique voice.

Part of the problem might be that we tend to tell stories that important to just us and forget what the audience wants. Michael claims, “Australian writers are less familiar with notion of coming up with an idea that in and of itself has commercial potential. The reason I say this is because it is the hardest thing for American writers to do as well. This notion of a simple story idea that has a clearly defined hero…. pursuing a goal, and as soon as we hear the goal we can envision what that looks like on the screen at the end of the movie.”

Michael realises this is not easy. Many Australian writers, indeed many Hollywood writers, try to overcomplicate their stories. “It’s not like most screenwriters just want to be screenwriters so they can take a hero to a goal. They want to develop depth. They want to deliver themes. They want to have character arcs. All of those things are important and valuable, it’s just that they have nothing to do with the story concept.”

So here we back at concept, the simple idea, conveyed in on sentence that sets an audience’s adrenalin racing or their heart thumping.

Why, if we have succeeded before with High Concept movies in the past are we still resistant to writing them? I mentioned one last possibility to Michael. In the US, and particularly in Hollywood, everyone is looking to stand out. With hundreds of scripts crossing executives’ desks every week, writers have learned how to get noticed – often with great concepts. In Australia, we shy away from being too conspicuous, we tend to cut the tallest poppy in the field down. Do we tend to play small with our ideas to make others feel safe around us? Michael just looked at me. “That’s not an expression (the tall poppy) we have in America, which may prove your point.”

As Michael asks, “Why is anyone going to want to see this movie? Why, when the average citizen probably sees three or four films a year, are they going to pick this one? Why is this what they want to do Saturday night? Why is this going to get their 20 dollarts? Writers and filmmakers need to realise, on both sides of the ocean, that movies are simple. Successful movies have very simple ideas, meaning they’re easy to express. It’s a very clear hero, a very clear goal, with a very clear obstacle standing in their way. It’s simplicity that writers should be striving for.”

As for even listening to a ‘foreign’ consultant, Michael has this to say, “There’s a quote I love and unfortunately I don’t remember who said it: ‘A consultant is just a guy from our of town’. There’s a certain truth to that. I can understand the resistance, but isn’t that the point of bringing in a consultant? Someone who has another set of experiences that could help whoever is hiring them with what they are trying to do. Why is that a bad thing?”