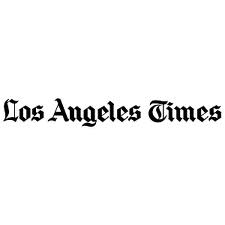 Hollywood studios plan to launch a barrage of lawsuits against people who offer pirated films on file-sharing networks, adopting a legal tactic from the major record companies that has yet to reduce online piracy.

Motion Picture Assn. of America President Dan Glickman will announce the copyright infringement lawsuits today, according to people familiar with the campaign. It would be Glickman’s first public initiative since taking over the MPAA’s reins from iconic leader Jack Valenti in September.

At least five of the seven big studios that belong to the MPAA have agreed to join the effort, which could generate hundreds of lawsuits a month. Among the potential holdouts is Walt Disney Co., according to one person familiar with the association’s plans.

In an interview last month, Glickman said “a holistic approach” was needed to combat piracy, including educational efforts, criminal prosecution and lawsuits against infringers.

“You need the stick and you need the carrot both,” he said. “You can’t just have one without the other.”

The lawsuits haven’t stopped file sharing from continuing to grow, according to several companies that monitor the networks. Nor have they helped the recording industry’s image, in part because children and senior citizens were among the defendants.

Still, label executives say that the claims against more than 6,000 alleged pirates have raised public awareness of the issue. More than 1,200 people have settled out of court, typically by paying the labels about $3,000 each.

Like the record companies, the studios plan to focus on people sharing a large number of movies online. The suits are expected to be against “John Doe” defendants, who would later be identified through records kept by their Internet service providers.

Reactions to the MPAA’s plan were mixed.

Eric Garland, whose firm Big Champagne monitors file- sharing activity, said the number of Hollywood films popping up on file-sharing networks such as Kazaa and EDonkey was growing rapidly. Nevertheless, he said, movie downloading pales in comparison with the number of songs pirated online.

“Most people won’t even know of anyone who has used the Internet to download Hollywood fare without permission, much less do it themselves,” Garland said. “This is truly an extremely early-adopter fringe activity.”

For that reason, he said, the studios may have an easier time deterring illegal file sharing than has the music industry, which didn’t file its first lawsuits until tens of millions of people were downloading songs.

Garland added that unauthorized file sharing was a better experience for many music fans than buying CDs, while “the legitimate marketplace offers movie fans something better than any unauthorized network.”

Sources said the studios decided at least a year ago to take legal action against individuals at some point but held off as they pushed for tougher laws in Congress. With little chance of getting a bill passed this year, the studios may have felt pressure from lawmakers to enforce their copyrights with laws already on the books before seeking new measures from Washington, the sources said.

George Hedges, attorney for Mel Gibson’s Icon Productions, argued that downloading had become an acceptable fact of life — especially among the young.

“The RIAA has done nothing to change the culture of downloading,” said Hedges, referring to the Recording Industry Assn. of America, whose members have sued file sharers. “There is a level of futility in this unless the culture is stopped.”

Suing individuals may prevent some from downloading, but “Fight Club” producer Ross Grayson Bell said the bigger effort should be in providing legal ways to buy movies on the Internet. The right model, he said, is Apple Computer Inc.’s iTunes Music Store, which enables users to download songs quickly and at a reasonable price.

“There is a need that is not being met. I think the real way to curb piracy is to take away that need,” he said. “The industry has to present a viable way to see movies in this new age.”

So far, only two websites and one subscription service offer Hollywood movies, and none offer new releases or films that can be played in a DVD player.

Dawn Hudson, executive director of the Independent Feature Project, called piracy “a huge problem” but said it made no sense to follow the example of the recording industry when it “clearly has not worked.”

“Can’t we learn from past approaches and say, ‘OK, maybe we need to have a better plan’?” said Hudson, whose organization was one of the lead plaintiffs in last year’s suit against the MPAA over the ban on awards season screening copies.

Gordon Paddison, an executive vice president at Time Warner Inc.’s New Line Cinema, counters that suing users of file-sharing networks is one way to build awareness among the company’s main base of customers, 18-to-26-year-olds, who have grown up thinking that free downloading is acceptable.

“How do you get the genie back in the bottle?” he asked. “Unfortunately, it will take a considerable amount of pain.”