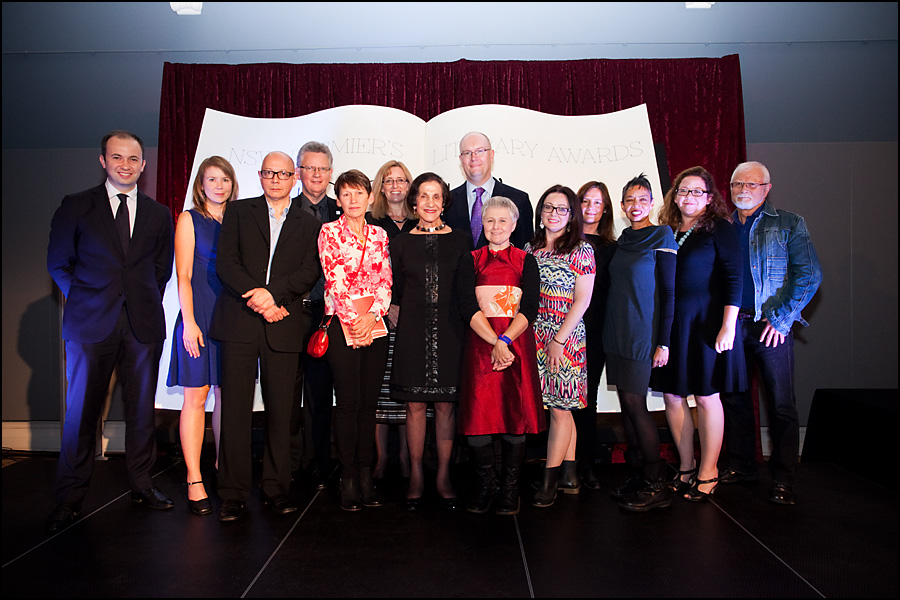 A total of $275,000 in prize money was awarded across 12 prizes in recognition of the achievements of leading Australian writers at a presentation ceremony at the State Library of NSW tonight. Presided over by the Governor of NSW, Her Excellency Professor The Honourable Dame Marie Bashir, the awards celebrate and foster our vibrant literary community.

NSW Premier Mike Baird said: “This year, and every year, the NSW Premier’s Literary Awards receive hundreds of entries, which is testament to the prestige and relevance of the Awards and to the importance of reading and literacy in Australia. On behalf of the NSW Government, I congratulate the shortlisted authors and winners of the 2014 Awards whose works are indicative of the high standard of Australian literature.”

Alex Byrne, NSW State Librarian and Chief Executive said: “The NSW Premier’s Literary Awards are an opportunity for NSW to celebrate and foster our vibrant literary community. The State Library of NSW is proud to provide a cultural environment that engages the public in both the arts and history, and we’re delighted to manage the NSW Premier’s Literary Awards in association with Arts NSW.”

According to Senior Judge, Ross Grayson Bell: “The shortlists and winners represent the diversity of fine writing in the year beginning October 2012. The nominated works covered a breadth of vision and concerns, and the winners demonstrate spark and intelligence.”

Judges commented: “Rodney Hall is a most worthy recipient for this award – in recognition not only of his prodigious output and the quality of his body of work, but in gratitude for his support of Australian authors and his contribution to building a vibrant artistic culture over many decades.”

Rodney Hall is a distinguished Australian writer by any standards. He is the author of 12 novels, 14 poetry collections, six non‐fiction books including his autobiography, and editor of numerous poetry and essay collections. His latest work, Silence, is an innovative melding of poetry and fiction in a series of meditative narrative vignettes.

His work has twice won the Miles Franklin Award – in 1982 for Just Relations, and in 1994 for The Grisly Wife – and been shortlisted four other times. He has won the Victorian Premier’s Literary Award, the Age Book of the Year, the ALS Gold Medal (twice), and many other awards. He is also a Member of the Order of Australia. From 1991 to 1994 he was chair of the Australia Council for the Arts.