Producer Ross Grayson Bell (FIGHT CLUB), director Ian W Thomson (OUT IN THE LINE UP), actor Jack Thompson (THE MAN FROM SNOWY RIVER) and feminist writer Amy Gray consider shifting popular representations of masculinity in film. Does film have an impact on social constructions of masculinity? Have politics of gender & sexuality transformed the terrain […]

I worked as a script consultant on the independent documentary, OUT IN THE LINE UP, about homophobia in surfing, which opened the Brisbane Queer Film Festival in style last night and has gone on to win; Best Action Sports Film at Newport Beach Film Festival, Best Surf Film at both the Byron Bay International Film […]

I once again joined the National Screenwriters’ Conference, held for a second time on Victoria’s spectacular Mornington Peninsula, as a mentor in the micro-mentorship program. Run by the Australian Writers’ Guild, the conference provides an inspiring forum for emerging and established screenwriters to meet and discuss current trends in the industry. This year’s guest speakers […]

I recently was interviewed for ABC2‘s, GoodGame, about the growth of storytelling in games. The piece focused on the evolution of writing for games, the increasing important role narrative plays in a player-driven experience and the challenges for writers in integrating story with game mechanics. My colleague at AFTRS, Mike Jones, also shares his wisdom […] 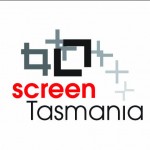 Returned to work with Screen Tasmania as a script consultant on Daniel Weavell’s script, A GLITCH IN THE SYSTEM. I met Daniel when I was in Hobart last year and had the opportunity to mentor him in a one-on-one session. The consultancy consisted of fortnightly Skype calls, pages of notes, numerous treatments and even more […]

I was honoured last year when Dr. Kathryn Heyman invited me to join the Betty Roland Scriptwriting judging panel at the NSW Premier’s Literary Awards alongside fellow judges, Christine Olsen (screenwriter and producer of RABBIT PROOF FENCE) and Tom Hegarty (screenwriter BLUE HEELERS, A TOWN LIKE ALICE). Today, after hours of reading and deliberation, we […]

Following on from last night’s seminar on High Concept films for Screen Tasmania, I had three mentoring sessions today with the next wave of talented, local filmmakers. Selected by Screen Tasmania’s Development Manager, Even Maloney I gave career advice to the filmmaking teams of: • Rebecca Thomson (writer/director) and Rogan Brown (producer) who are turning […]